On the Wings Of Change

The freshness of Spring gives way to the brightness of summer. The rosy summer then makes way for the pumpkin scented autumn followed by the snowy winter. Yes, Seasons change; for change is the norm. Life as we know it too imitates nature and hence people change as well! But that’s not all; just like seasons and people; times change too! 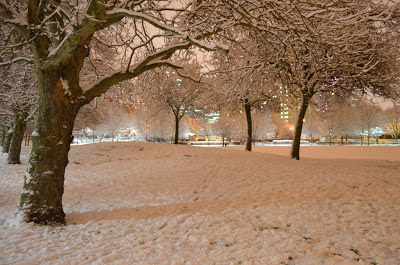 Mahatma Gandhi once said that “Be the change that you wish to see in the world.” Its true isn’t it; if something is bothering us it’s not the neighbors who would change that for us; would they? We need to get rid of whatever it is that bothers us, what makes this world claustrophobic for us. We need to take the steps before it’s too late and our world spirals away beyond repair!

Being a woman is not easy! Anybody who says otherwise really needs to do a reality check! Life as we know it is especially hard for women; even for the fortunate ones! So if there are things about our society; our world that we could change with a magic wand; there is no doubt that most of it would be connected to Women!

Look inside our houses and answer who wakes up before anybody else does? Whose implicit duty is it to make the morning tea and breakfast? Whose responsibility is it that everything in the house stays where it is supposed to? Who makes sure that everyone at home has their needs taken care of? It’s always the mother, wife; daughter or daughter-in-law! The question is if the husband, brother and father-in-law can eat, wear clothes and use every damn thing in the house; is it too much to ask them to be responsible as well for cooking, washing, ironing and cleaning? So the first and foremost thing that needs to be changed is the sharing of chores at home. We can’t call ourselves advanced if these unfair, unspoken and biased laws continue to exist! Women are not born to be the beasts of burden around the house! Equality is the way forward and as ladies we need to teach that to the men around us; that’s the only solution.

While you pour the juice; I’ll toast the bread.
While you put the children to bed; I’ll take care of the rest.
While you soak the clothes; I’ll iron out the mess.
While the years go by; we’ll share everything in our nest!

What irks us and makes our blood boil is the unfair delegation of herculean responsibilities and expectations on a woman the moment she transcends into a wife!  Does a woman suddenly grow wings or perhaps extra limbs once she signs on those marriage papers or in Indian context takes those strolls around the holy fire? Certainly not but that doesn't stop the arrogant society from asking her to live from that moment onward for her in-laws and forgo all other ties! What needs to change immediately is treating of the daughter-in-laws as personal assets of mother and father-in-laws! Who need to stop doing that are the annoying in-laws who take it to be their birth right to rule on the daughter they believe to have bought in the eyes of law! Again it is up to us women to drive this point through in no uncertain terms.

Don’t tell a woman what she should or shouldn't wear! Yes, our society is filled with filth that doesn't pass on any opportunity to sermonize a woman about the clothes she wears. It’s the choice of an individual what he or she wishes to wear and a woman is as much an individual as any man! So the people who protest against girls wearing jeans or western outfits hiding behind the shadows of religion, culture and morality need to get a reality check! This can only stop when women and girls alike stop paying heed to such ludicrous demands! This can stop when women decide to take control of their lives and not be led by the draconian mindsets of men in their lives!

I’ll wear what I want and not go by your chant!
Be it jeans or a dress short; I don’t care what you want!
What I wear is my thought;
Cross my path I dare you’ll not!

Education is the birth right of every individual! Being a man doesn't give one an edge over the fairer sex; after all it’s the fairer sex in question! There are still families in this very society of ours that make their daughters drop out of schools and colleges so that their sons can study! Who decides a man’s education is more vital than a woman’s? This needs to stop for our society to reach the pinnacle of a sane and balanced civilization! But this can only happen when we stop looking at daughters as commodities that would be handed over to another man’s family after a certain age! Certain parents don’t want to spend on daughters who would ultimately end up leaving them as per societal norms! So this psyche of bartering women for some sort of earthly duty needs to be rooted out and then perhaps the rights of women to educate themselves would resonate around! Again only women within each family can affect this change; only women can turn the winds towards the right range.

Respecting a woman is perhaps one of those things that are as vital to a society as breathing is to survival. Or, perhaps we could put it this way; to stop the society from a slow painful death out of asphyxiation it needs to learn to respect the fairer gender! Buying a bride in the pretext of the tradition of dowry; raping a woman as a show of strength or smothering the girl child in the womb; all these happen as our society doesn't recognize the worth of a woman. Having a penis doesn't give one the right to rule over a woman or giving birth to a male child doesn't earn one the right to torture a woman in a few decades time! Yes; the society needs to wake up from its drunken stupor and that would happen only with ethical education which is beyond what books might teach! But for that to occur each woman needs to take it upon herself to be the agent of change through her son; her husband; her brother and through every male member of her family!

There is so much to change. A few lines can never really do justice to the urgency and the need of it. Perhaps what the great men of the world believed in and said is indeed true and we can actually bring the change we desire! They say if hopes were dupes; fears could be liars! I hope against hope for a fairer and better society for us women folk!

This post is a part of Weekend contest at BlogAdda.com in association with Chanakya's New Manifesto