12 Most Puzzling Acquaintances in Life

The head seems to be under water and it’s getting slightly difficult to breathe. But with all the good wishes and positive vibes being sent my way how can I not? So as promised I’m back with a new post today. This time it’s on Write Tribe’s Wednesday Prompt which is to write a post listing 12 Most…well anything! So here I go. Hope you enjoy my blabber! Or, just lie that you did even if you don’t!

Sometimes I’m truly awed by the creativity of the one who perceived and shaped this universe. Really. I’m dumbfounded each time I meet a new handiwork, rather a different handiwork, of the one we call God. Why look at us humans only? Some of us sweet to the point of being hazardous while some so bitter to even put bitter gourds to shame! So today I thought why not compile a list of 12 most puzzling acquaintances in life. Sounds good? Nevertheless let’s give it a try. 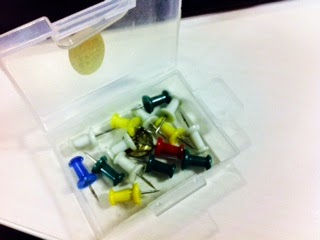 Managers – Well what do you expect from a person working in the IT Industry, or let me rephrase Indian IT Industry? These are mostly buffoons pretending to be humans. There are exceptions of-course but I unfortunately haven’t encountered even one. One call with them and I bet you’ll end up questioning your own existence. Beware of such creatures who lurk on every floor of every office. Well mostly. They are armed with Blackberry phones with the gait and conceit of a dragon slayer.

Glum Glues – Now don’t get me wrong we all get upset once in a while. Okay sometimes more than once in a while. That’s absolutely fine. But there are those people around us who carry with them so much pessimism that it’s anything but healthy to be around them. I like to call them the glum glues. Being with them is like being trapped in a train running at extremely high speeds, filled with all kinds of blues, with no possibility of escape. Trust me they slowly suck every ounce of happiness from within you.

Nosy Aunts – Could be uncles too you know! You do know these types, don’t you? Let me help you associate. How much did you score? Are you taking Science or Arts? Did you get a job? When are you getting married? Any good news? When will there be a brother to your first born? Get my point? Yes, these are acquaintances who seem to be more bothered about your life than their own. Not good for your health at all I must add.

One-eared Friends – You know those who constantly keep talking about their problems or life at large? Those I, me and myself kind? The moment you even attempt to begin discussing your own difficulties with these types their lack of interest is clearly apparent. And you are left wondering why on earth you even spent a second with that person?

Punching Gloves – These are relationships who dump their life’s frustration on you regardless of how you might be feeling. They won’t even stop to ask if you are alright or if you have any troubles of your own. The only thing you get out of such people are big punches filled with aches. Trust me they like being low and like it even better to pull you down with them.

I’ll ask you but will still do what I want – I couldn’t think of a short name for this kind. They come up to you with their problems, genuine ones I must say. And then you invest your time and effort on giving them advice. But the very next day they will go back to hitting their heads against the very wall you asked them to avoid. Maybe you could call them the energy suckers? You decide.

I love you hence I’ll keep showing you my worst side – I had read in Dagny’s blog about how wrong it is to save your worst side for the person you love. And trust me the world is full of such people, your world too. Look around. These are the people who say they love you and hence it is but natural that you deal with their mood swings and frustrations. All their bad is specially packaged and delivered to you. No, not a right thing at all. And maybe you and I do it too.

Insatiable Chum - Some people are so special that you can do absolutely anything to bring a smile on their faces. Right? But some of them just can’t be satiated. They just won’t smile even if you move heaven and earth! What I mean to say is no matter how hard you try to make them feel better, you just can’t. You might end up spending every bit of energy you have to make them happy but the well within then just doesn’t seem to get filled!

Omniscient – Yes, well in school you might have been taught that God is Omniscient but that isn’t true anymore. Look around you and there will be people who will always know everything. Even if they actually don’t! Yes, they will not take a step back in voicing their opinions on anything you do and also pointing out why you were wrong!

I’ll help (screwing) you – Now the part within brackets is often uttered in the minds of such people. They seem to be so nice to you that you welcome them with open arms in your lives. But it is only much later that you realize that all they ever wanted was to put you down in order for them to rise up. Mostly happens in offices. Trust me I have met some.

Guardians of Indian-ness – You must, for certain, have those friends or relatives who carry the baton of Indian-ness in their hands. Everything they say or do begins with a lecture on Indian culture. They are the representatives of draconian traditions but tend to think of themselves as the custodians of all things right. They just can’t be warded off no matter what you do.

The Bully – It could be anyone you know. They think they can say anything mean and get out of it flashing their ‘wisdom’ card. They are the bullies in the guise of friends, relatives and lovers. And even though you know they are wrong and being callous that part of you stays hidden for some strange reason. You somehow go along with it despite knowing better.

I say stretch your arms wide above your head and run away from at-least some of these people.
Run! Run! What are you waiting for? RUN!