A Stranger she held on to forever!

Could a few moments of togetherness lead to a lifetime of love? A few seconds under the moonlit sky, a few strolls along the beach with a splutter in the heart, could that kindle real love? Could crossing paths with a stranger lead to long sleepless nights with the sole intent of setting eyes on our beloved? Could that happen without even realizing that it indeed has? Could a stranger sweep us off our feet, changing our lives forever? 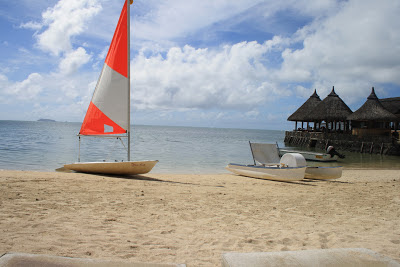 It was again one of those nights when the stars shone brighter than ever, accompanied by the cold breeze and the deafening silence outside. Sneha stood there looking towards the city, which lay sound asleep in front of her, lost in thoughts. She stood there cold and alone, gazing endlessly beyond the horizon.
As the breeze slowly swayed the swing at her porch with the curtains dancing to its tunes, she turned towards the book in her hand. Flipping through its pages she took out a boarding pass dating back more than five years. Yes, it was the only tangible relic of the trip that had changed her life forever, of the trip where she had fallen in love, of the trip where she had met the person whom she had lost her heart to and of the trip where she had for the first, and the last time perhaps, set her eyes on her one true love, Ashish.

“Excuse me! I think you are on my seat 21A!” Sneha said smiling as she moved her beautiful long tresses behind her shoulders.

“Oh is it?” Ashish said taking a look at his boarding pass.

“I’m sorry, I thought this was 22A!” he said again as he stood up and moved to the seat behind Sneha.

“No Problem” she smiled as she took her seat.

That was the first time that Sneha has seen Ashish. He was tall, so tall that if he didn’t bend slightly his head would have probably come out of the aircraft’s roof.  A stranger with a regular appearance, there was something about him that made Sneha turn back and look again.

It was Sneha’s first time in Mauritius. She was there to get away from the pressures of daily life. All she wanted to do during her stay there was to be cut off from the world that had off-late made her giddy and nauseated. She was tired of her motorized life and needed a break to revitalize and get back at it with renewed vigor.

As Sneha soaked in the beautiful beaches and waters of Mauritius, she felt rejuvenated. The crystal clear waters there washed away all the fatigue and for the first time in many years she felt alive with energy.

It was during one of these refreshing saunters on the scenic beaches of Mauritius that she met Ashish again. They were on the same island as part of a local cruise party. Sneha stood there mesmerized by the golden hue of the setting sun at the distant horizon with a glass of wine in her hand when Ashish walked up beside her.

“Hi. We met on the flight. Remember? I was on your seat!” saying that Ashish extended his hand towards Sneha.

“Oh yes I remember. Hi I am Sneha” and they shook hands for the first time.

“I’m Ashish. Can I join you?” Ashish asked as Sneha nodded and they walked further down the beach dousing in the eclectic atmosphere while sipping on their wine.

It was as if the entire universe was conspiring against them to bring them together. What else would you call a setting where the winds were subtle, sounds of the water magical and yellow shades of the setting sun ethereal?

It was perhaps the wine or the mysterious paraphernalia, but Sneha and Ashish were beginning to enjoy each other’s company. So much so that they stayed up all night talking to each other oblivious to everything around them! It was difficult to tell if they were high on the wine or each other. While the rest of the crew and tourists of their cruise ship danced and sang along the bonfire, Sneha and Ashish remained engrossed in each other.

Ashish was so charming and Sneha so beautiful, some would say it was the lethal combo for falling in love! But did they really?

From that day onward for the rest of the trip Sneha and Ashish spent time only in each other’s company. They were inseparable. For two weeks they were together every day, soaking in the sights and sounds of beautiful Mauritius. But soon it was the time to leave, the time to get back to their daily grinds.

“Alright, it’s time to say goodbye then. It was nice meeting you and I had a wonderful time Sneha. I really did.” Ashish said as he shook hands with her.

“Me too...really had a great time Ashish!” saying that she hugged him. She didn't know why, it wasn't really like her, going around hugging people she had only know for a few days but here she was doing it.
“So stay in touch alright!” Ashish said as he waived at her and picked up his bags to walk towards the cab. Sneha felt a twinge of pain within. She wasn't sure what was happening but she began to feel restless. There was a voice within her urging her to call Ashish back, to stop him.

As she kept looking at him walking away, something snapped inside her and she creamed “Ashish wait..Ashish wait”.

As he turned back, she ran towards him with tears rolling down her eyes. She was gasping for breath but she ran as fast as she could. There she was so close to him and all she wanted to do was hug him tight and so she did.

“Ashish...I don’t.. I don’t know” saying that she looked up in his eyes which seemed confused. But before he could say anything Sneha leaned forward and kissed him on his lips. She kissed him with all earnestly, with the passion of a wild flower waiting to be touched.

However, she stopped suddenly for Ashish wasn't kissing her back. In-fact he wasn't even holding her the way she was embracing him. He wasn't reciprocating her actions; if anything at all he looked bewildered.

Then it hit her, what she felt was just one-sided.  She let go of him just as quickly as she has come running towards him.  Tears didn't stop flowing through her beautiful hazel eyes though but she couldn't bear standing there any longer. She felt embarrassed and let down by her emotions. So with one long look at Ashish, she began walking back to her room.

But the heart wants what the heart wants, doesn't it? As she walked back the woman inside her wished for Ashish to stop her and come towards her. But there was no sound of footsteps, not even of anyone calling her name. Just as she reached the porch of her cottage, she heard the taxi start and her heart skipped a beat. She turned back and ran towards the hotel’s front porch but he was gone. The stranger was gone; he had left her stranded with a broken heart and a bruised ego. He was gone!

That night as she sat alone in the beach she felt a void inside her. She didn't enjoy the seashore any longer; she found it mundane and melancholic. While going back to her room she released that she kept looking to her left expecting to see Ashish walking beside her but he wasn't there. Yes she was searching for him but he was long gone.

“How ridiculous can you be Sneha!” she thought.

“You didn’t even know him. How could you be in love!” she reprimanded herself.

“But how could he not feel a thing?” she sighed.

As she lay on her bed all she did was scroll through the pictures of the trip where Ashish was with her. She stayed up whole night tossing and turning thinking how Ashish had left, trampling on her sentiments. She felt like a fool for expressing herself the way she did. She wanted to hate him for not even saying a word but she just couldn't. Was love so strong an emotion that even reason would seem unreasonable?

“Every day for the past five years I have wondered what it would be like if you had reciprocated my feelings. If you hadn't walked away in silence” she said to herself.

As silent tears rolled down her cheeks, she looked longingly towards the boarding pass as if it was not just a piece of paper but Ashish! But right at the next moment she turned back inside towards the room where on the bed laid her husband, the man who actually loved her and who was there by her side.

She wanted to love him back the way he loved her but the love for Ashish prevented her from doing so. It wasn't fair. Ashish never loved her; if he did he would have stayed back that day. Then why was she still stuck up at the hotel porch; why couldn't she move ahead even after five long years she thought!

Her love was defiance against the simple truth that the man she had been in love with for the past five years never loved her back even for a minute. Her love for Ashish was a lost mêlée. She wanted to drain life out of these feelings but it was hard not that she didn't try. The pain refused to leave her; she was a slave to her yearnings. Those few days in Mauritius had changed her life forever. Those moments with a stranger on the beach had changed the way her heart felt forever!

Yes, she had “settled” down in her life as the world would say, but would she ever be able to actually reconcile with reality? Perhaps not, sometimes even the shortest of acquaintances with strangers makes a saga of a life time. Such was the case with Sneha, so what if it was only one-sided!

This post is a part of Write Over the Weekend, an initiative for Indian Bloggers by BlogAdda